Asylum applications – canary in the coal mine

With pending elections throughout many countries in Latin America, the spotlight is on the numerous challenges facing the region, and specifically the Venezuela elections.  From organizations fighting “fake news” in Mexico elections to those that are a foregone conclusion such as Venezuela.  Elections have a ripple effect throughout all of the americas and one look no further than asylum applications and immigration numbers to see which countries are in the most trouble.  In a CNN article regarding Venezuelans fleeing the situation in Venezuela a couple of pictures tell the story. 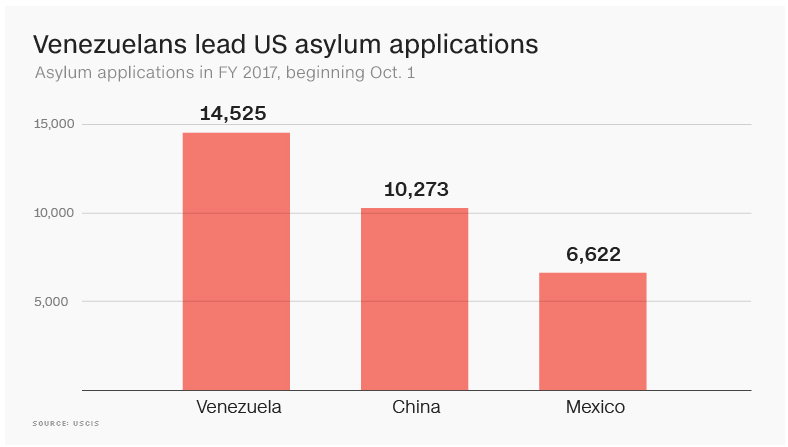 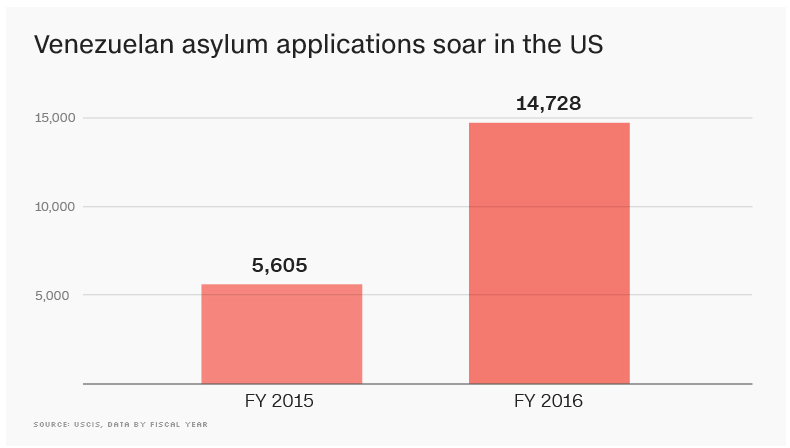 The key reason that individuals or families uproot and move to another country where there is still uncertainty is because they are almost certain that the current situation will not improve in the near term.  Whether civil war such as that of Colombia, to gangs such as Central America, to economic mismanagement a la Venezuela immigrants and asylum seekers are merely looking to improve their situation.

I was traveling in Venezuela shortly after the election of Hugo Chavez.  During my travels I met an executive from a global CPG company and very quickly it was evident that they saw the writing on the wall and were going to start moving many key assets out of the country.  Sure enough, the government started to implement policies that made it almost impossible for companies to do business in the country (most recently the government took over Kellogg’s facilities).  For a summary of the current situation in Venezuela this segment from Last Week Tonight with John Oliver has brief rundown prior to the Venezuela elections.

For the first time Venezuelan asylum seekers to the United States have outnumbered that of Mexico, Guatemala and El Salvador.  Just like a major influx in Colombian asylum seekers in the past (which has since calmed as the country has stabilized and prospered), one key statistic to signal where in the world major problems are brewing is asylum applications.

While the current government in Venezuela is sure to win the “election” on Sunday May 20, 2018, the more important questions is whether the people of the country will survive another six year term or if something changes.