In a year with multiple presidential elections happening through Latin America, the region and specifically the Mexico elections on July 1, 2018 face challenges. Just like the United States and the much publicized “fake news” phenomena, the issue is a global one and all countries are battling against disruptions in their systems whether from foreign governments, bots, or extremist rhetoric the battle is only beginning. 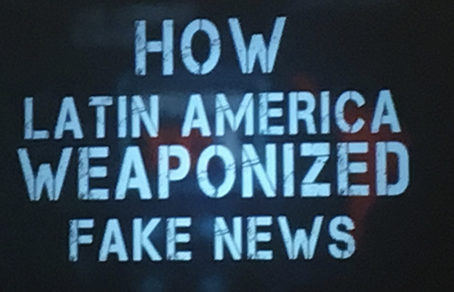 Returning from a political conference in Washington D.C. where “fake news” was a frequent discussion point, I came across America’s Quarterly (free at the American Airlines lounge) and there was an interesting breakdown of the key players in the Mexico election.  Corruption, crime and of course the economy will make the battle on July 1, 2018 an interesting one.  And while the debate may rage on which direction the country should go, and each person has their opinion on which candidate would be the best, the even bigger challenge is to make sure that there is accurate information for the voters to make an informed decisions during the Mexico elections of 2018.

Political advertising itself runs a broad spectrum and each campaign will defend itself as well as work to shine a negative light on the shortcomings of the other candidates.  Now with the proliferation of fake accounts, bots, unscrupulous campaigns now even have more resources to proliferate false information so the challenge is even harder for finding accurate information.  So, what is  or can be done?

For the Mexico elections #Verificado2018 is supported by over 60 publications (from La Economista, Forbes, El Universal, Milenio, Televisa and more) and is non partisan.  While there is nothing that can replace reading and thinking about the information and sources, having these resources may help should you have questions about the information that you are seeing.