32 Million Eligible Hispanic Voters for 2020 – making this group potentially the most influential racial or ethnic minority group in the electorate.

According to Pew Hispanic, the Latino Electorate will have taken over the top spot.

While the African American segment has remained relatively stable, the Hispanic segment has continued to grow.  In 2020 it will represent 13% versus 9% in the 2008 election.

This forecast is not lost on the political consultants as can already be seen in initial attempts by candidates to reach out to the Hispanic community.  See Quest for Latino Voters – Game On.

While nonwhite populations will represent about one third of eligible voters for the next election, the more important question will be whether they will come out to vote.  According to Pew Research, Blacks are substantially more likely to vote than Hispanics. 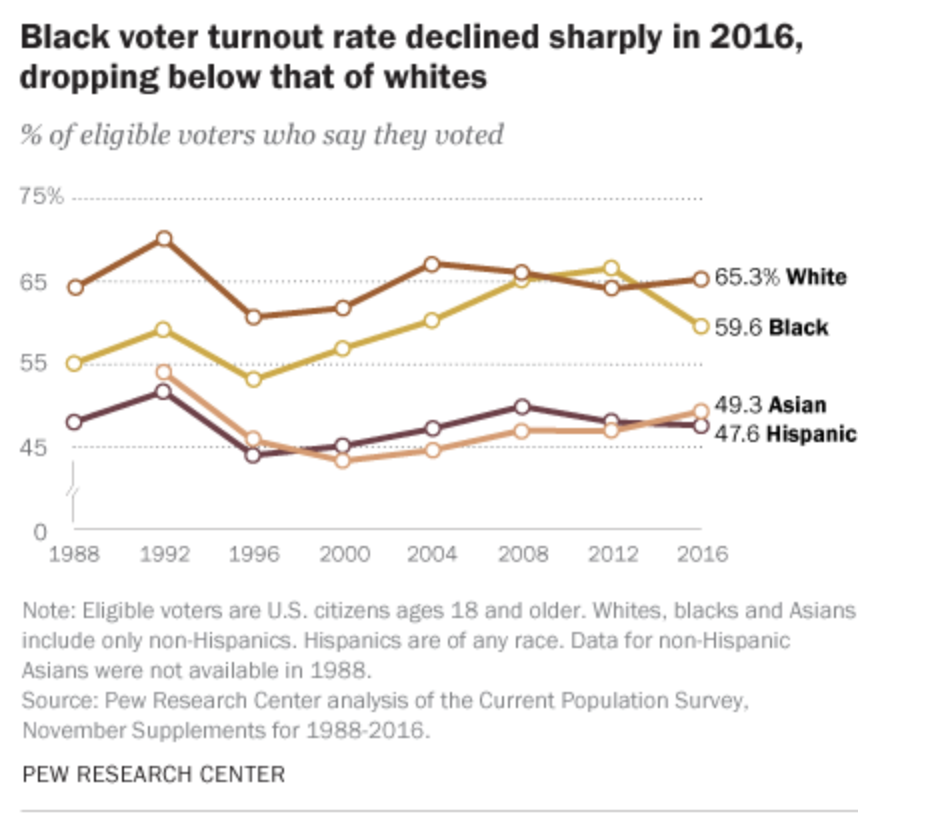 Voter Turnout will be key.

There are numerous challenges related to not only reaching the community but also getting out the vote.  According to Pew, naturalized citizens  are significantly more likely to vote than U.S. born Hispanics.  So just being eligible is not the only factor.  There are numerous Multicultural Voter Resources to help voters in everything from candidates to propositions, but it is more than just information.

Policies and authenticity still matter, but overall may come down to generating excitement and getting out the vote.